Help determining make and model of a balisong.

This area is dedicated to balisong (also known as butterfly) knives, and to the fine art of using them.

Help determining make and model of a balisong.

Sorry I have no picture and I am just going off of memory.Hello,


I am trying to track down an old stainless steel Balisong that I enjoyed for a couple years back in the early 1980's.


It was purchased in Los Angeles, California.

(At the Eagle Rock mall, btw)


I was looking for some help determining the actual make and model number.


From my research, I believe it could have been a Pacific Cutlery Balisong model-68.


(Though, it is right around the time of the PCC to BM transition and some photos of the old PCC paperwork don't look too familiar, so frankly I am not for sure on the make & model)


I say model-68 because it did not have the visible pins on the T-latch, etc. that I see on the model-10's.


I say PCC instead of BM because all the pins were ground flush to an overall satin finish.


Two other things that I recall were: 1) that it was shorter than most, I believe possibly even less that 4" closed and 2) that it didn't have as many holes in the handle; perhaps just the larger ones and they might not have been beveled.


It was definitely Balisong, it had that sound and that nice tight latch, and I remember purchasing it as such on the advise from a fellow knife enthusiast.


I don't believe it came with a sheath.

It came with a booklet that had some opening and closing techniques and some advise on knife fighting.

Last edited by wazu013 on Thu Jun 29, 2017 9:01 am, edited 2 times in total.
“The difference between involvement and commitment is like ham and eggs. The chicken is involved; the pig is committed.”
Top 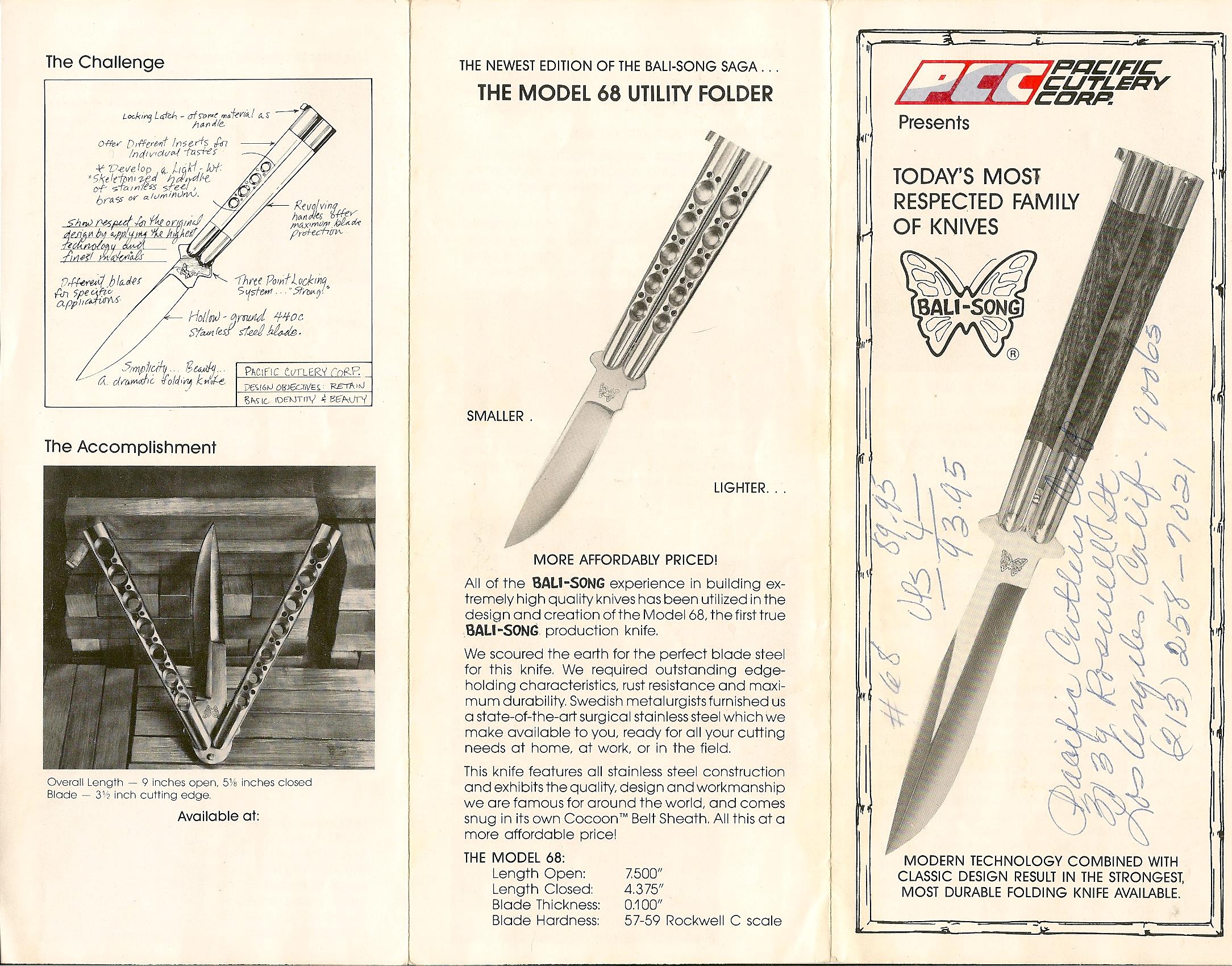 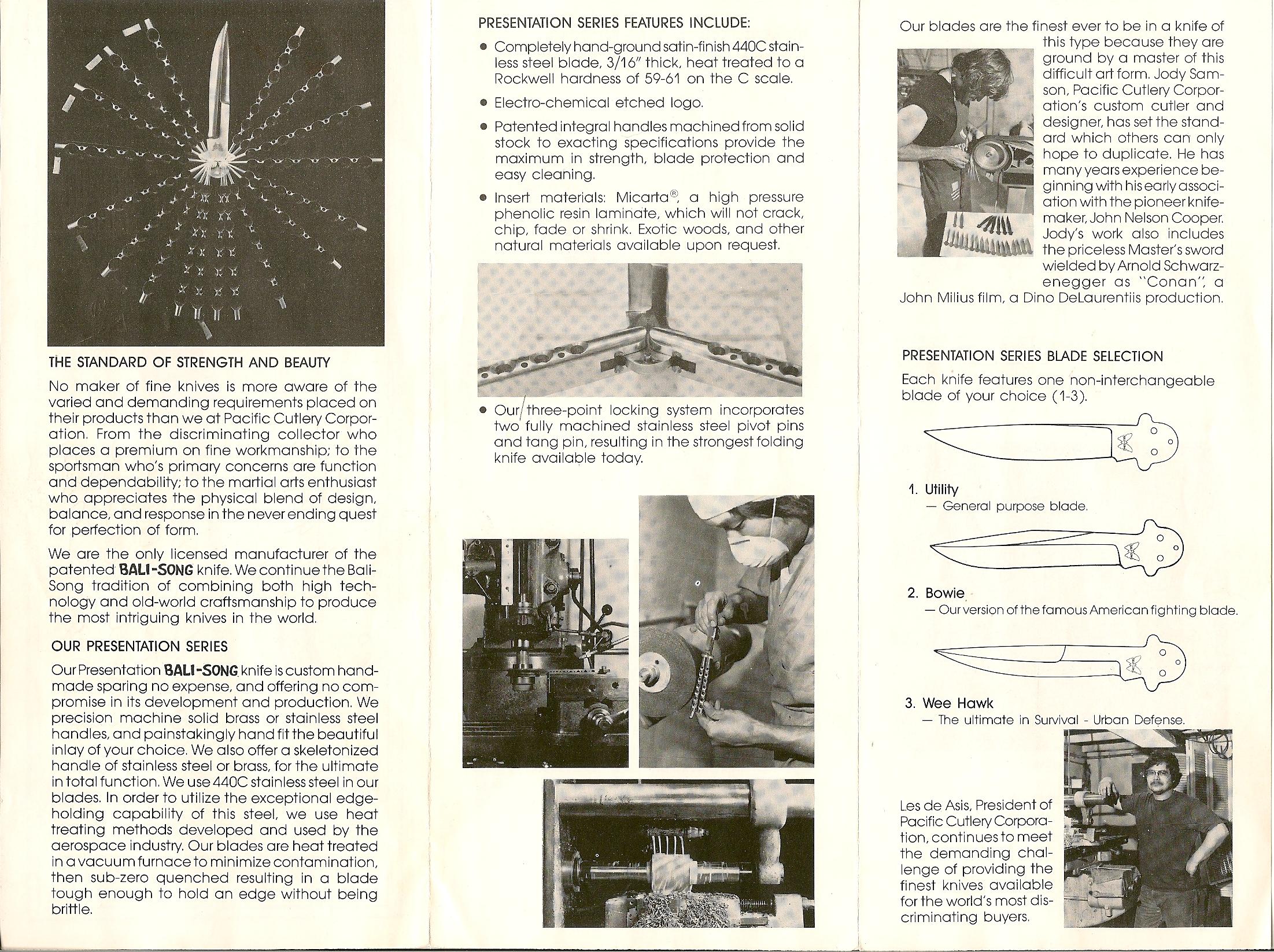 “The difference between involvement and commitment is like ham and eggs. The chicken is involved; the pig is committed.”
Top

Thank you for the input. I am leaning towards likelyhood of the model 68 or model 35. Though I am starting to wonder if it could have been a 70's model that actually just said Bali-song, because I don't recall any other companies involved. Another, point that I already mentioned was the pamphlet with opening and closing techniques and knife fighting advise. Seriously, it said things like, that in a knife fight you were going to get cut so try to make sure you get cut on the outside of the arm where there are less veins rather than the inside where there are more. Thanks.
Top
Post Reply
4 posts • Page 1 of 1