This area is dedicated to balisong (also known as butterfly) knives, and to the fine art of using them.

Forum rules
There are a few things you should know before posting in these forums. If you are a new user, please click here and read carefully. Thanks a lot!
Post Reply
12 posts • Page 1 of 1

When it comes to the Balisong I prefer FHM Balisongs. Anyway today I bought this one... A Hackman Balisong... For me, I must admit that it is hard to imagine a more ugly Balisong than this one but I bought it for the history of this model...
In the book "SOG Knives and more from Americas war in South East Asia" by Michael W: Silvey you can read a little bit about it....
Should be grateful for opinions... 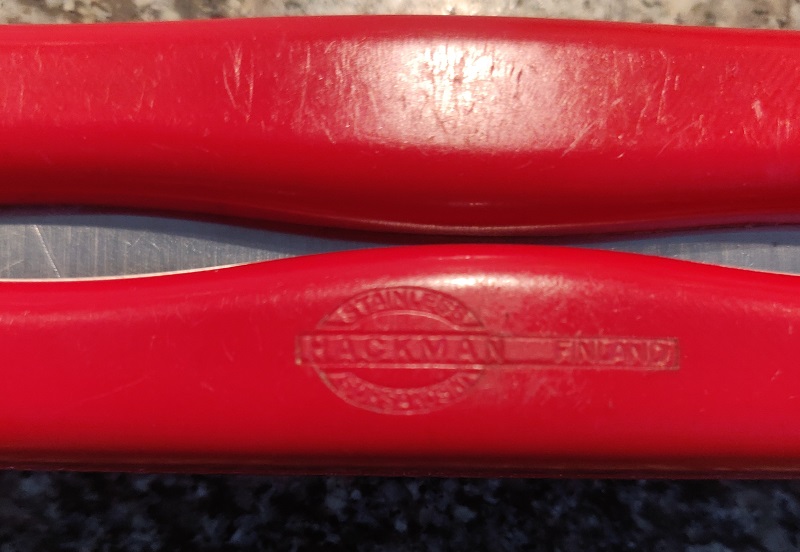 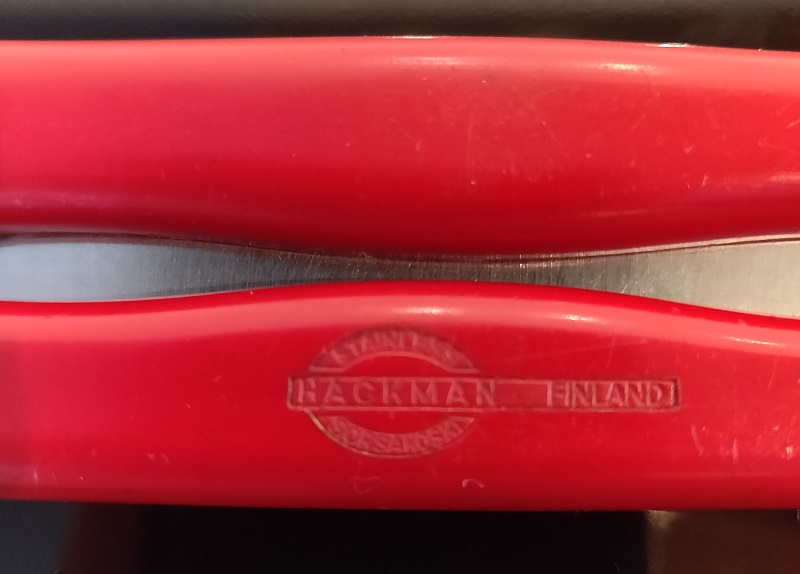 I dont think it is that ugly

They are very rugged knives and their history in Vietnam is interesting.
Top

The red is unique. Can't say I have ever seen another.
Top

Thank you for your nice words. I really appreciate that!
Yes, because of the Vietnam history it is very interesting but I still think it is ugly...

How about you guys... Do you have blades in your collections which you think are really ugly but you keep it because of the history?

Here is one more picture... Both Vietnam era and both made by Hackman, Finland... The beauty and the beast... Which is which is in the eye of the beholder...

Wow! You have a Garcia survival knife, very nice! Last one I saw for sale was 700 Euros!
Top

The Garcia was a clone of the Hackman Survival Knife that was developed in response to a shortage of Randall 18 knives for the Vietnam War in the late 60’s early 70’s. The Hackman Survival Knife was designed by Ken Warner and Pete Dickey and produced in Finland. The Garcia came out after the Hackman stopped production and was identical but it was a lighter knife with a 3/16th thick blade instead of Hackman’s ¼” thick blade. It was made in Brazil and featured a survival kit in the sheath with a whistle, compass, sharpening stone and flint sparker.
Top

I see I got them mixed up, the knife I saw for sale was a Hackman, unfortunatly I coudnt afford it.
Its a very attractive knife and I understand why you call them the beauty and the beast

I understand... No problems at all...
I would like to have a Garcia myself so I could compare the two... Anyway friends of mine have told me to not buy it if it is not cheap because I will be disappointed... Well, we will see...
Top

I got a Hackman just like that one last year! Paid about $100 for it.
Top

Hackman experts chime in... mine has the same blade as this one with the grinds ending at the tip of the knife. I was told this grind was early. Most have a grind that continues down the blade ending up 1/2" behind the tip. I've seen this called a Scandi grind. Anybody know for sure ?
Top

One just popped up on AAPK with the other grind I described for comparison.
Top

I was going to post a couple of day ago, but there was a little delay in activating my account. I'm mostly just cross-posting from an AAPK thread, but I want to spread knowledge about these cool old knives and hopefully elicit some new information. 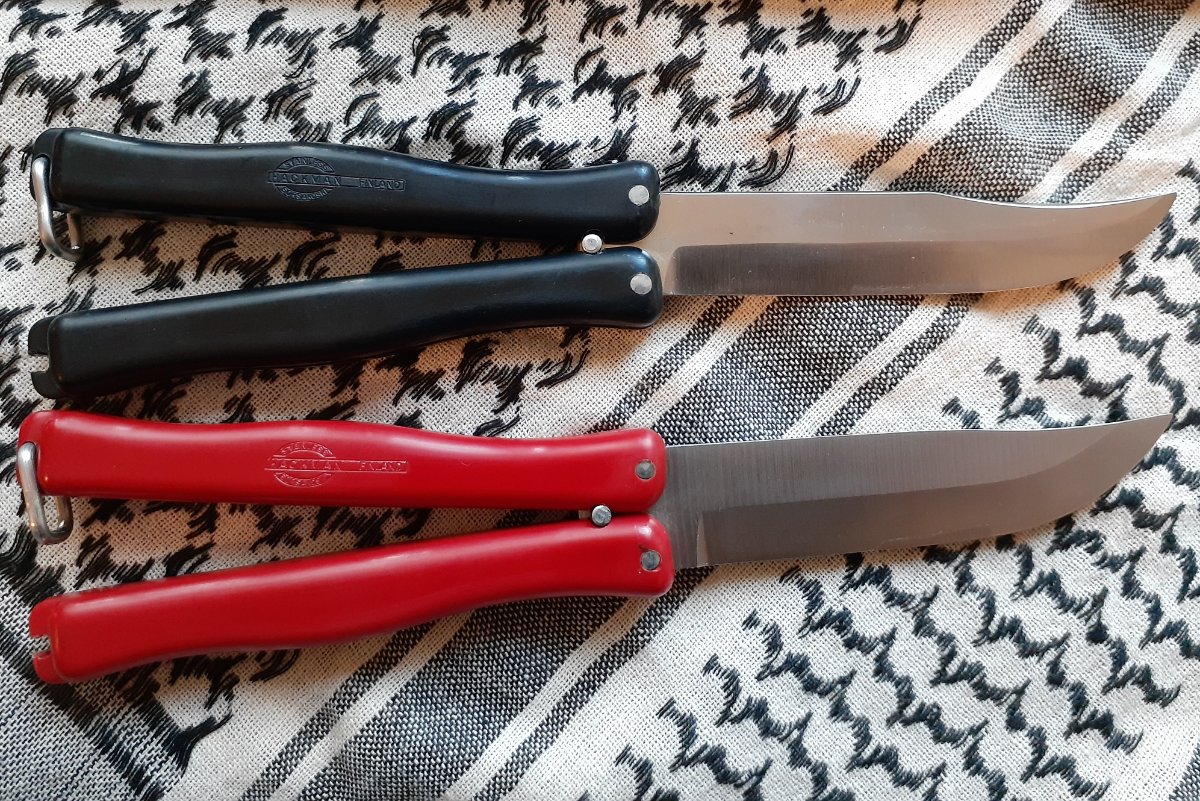 The top knife with the black handle has the clip point blade, while the bottom knife with the red handle has a puukko style blade. I don't think I've seen a red handled, clip point hackman before, like in the original post. I have no idea if one of these were earlier production, later replaced with the other pattern. I speculated that the clip point blade might have been intended specifically for the American market, but that is just a guess.
I believe that the form of the logo changed during production.

(not from my collection) I think the logo on the top two knives are the earlier style, form the late 1960s. The lower knife has larger text next to simplified roundel and dates from the 1970s. I can't really be totally sure of any of this information and would appreciate any additions or corrections, particularly from anyone from Finland.
Top
Post Reply
12 posts • Page 1 of 1