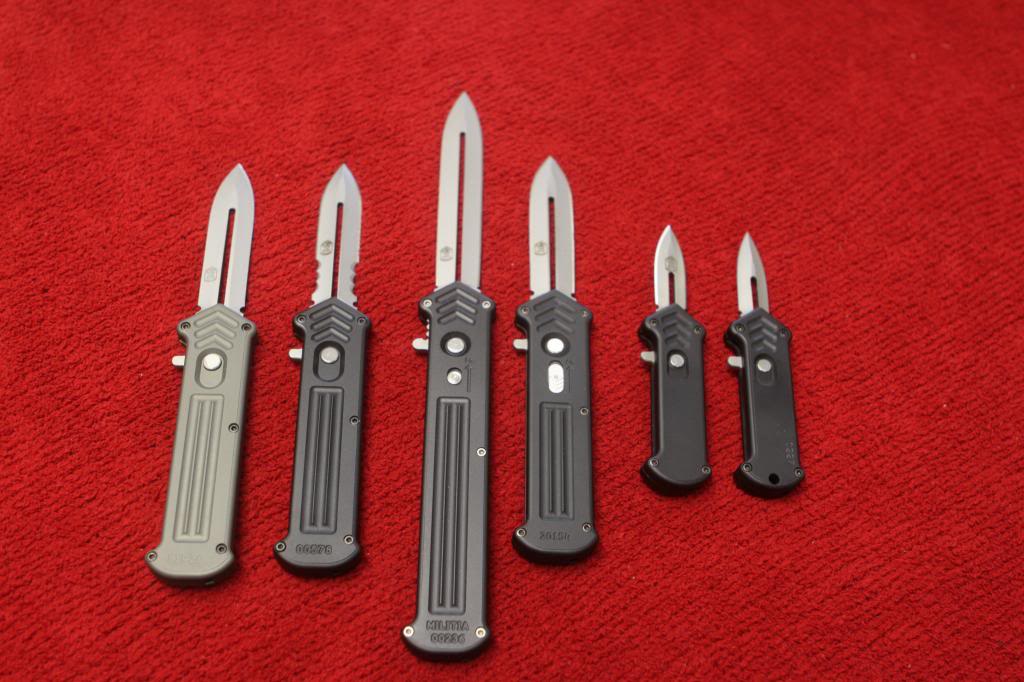 Very nice Allen. My first tactical knife I ever bought was a single action Paragon. They look a lot like the Daltons. Being Daltons I'm sure that they open lightning fast. Very nice collection!
Top

Yeah, Jeff they open really hard. However there is a metal on metal feel which I don't notice on other otf brands. Thanks..
Terry, Dalton did make a whole bunch of models. I think he turned and burned to make money rather than in artistic mode. He would make knives for many causes, some not so good. This is what caused his downfall and he became a pariah of sorts. It led him to close down. I was not that interested in his brand since the knives seemed a little rough. However after his closure I thought they might become somewhat valuable so I bought quite a few. The Batman movie in which the Joker had this model or a clone really brought the cupid into the stratosphere. He made several generations of cupids and I am missing one along with the giant which is priced stupidly high.
Top
Post Reply
4 posts • Page 1 of 1