Forum rules
There are a few things you should know before posting in these forums. If you are a new user, please click here and read carefully. Thanks a lot!
Post Reply
3 posts • Page 1 of 1

OK, let me start by saying this is a design that I doubt will ever be built. One of the members on my Facebook group (Aritistic Switchblade Knives) asked me about creating an automatic version of this strange sickle-shaped knife. Normally I can finish a design in maybe 12 hours. I have five times (or more) in this one. After the first version was essentially complete I realized there was a problem: the blade could not be allowed to fire until the interim piece was locked in place, and I wanted this to actuate by a single push of the fire button. It all had to do with momentum of the blade (actually the middle part) locking down and not being inhibited by the final firing. It will still take a lot of tweaking. I have put massive springs and heavy pins in this design and the second stage shouldn't fire until the mid-section is locked down. This was a bit of an obsession for me and I am sure glad it's done.

Here is the inspiration, shown "closed". 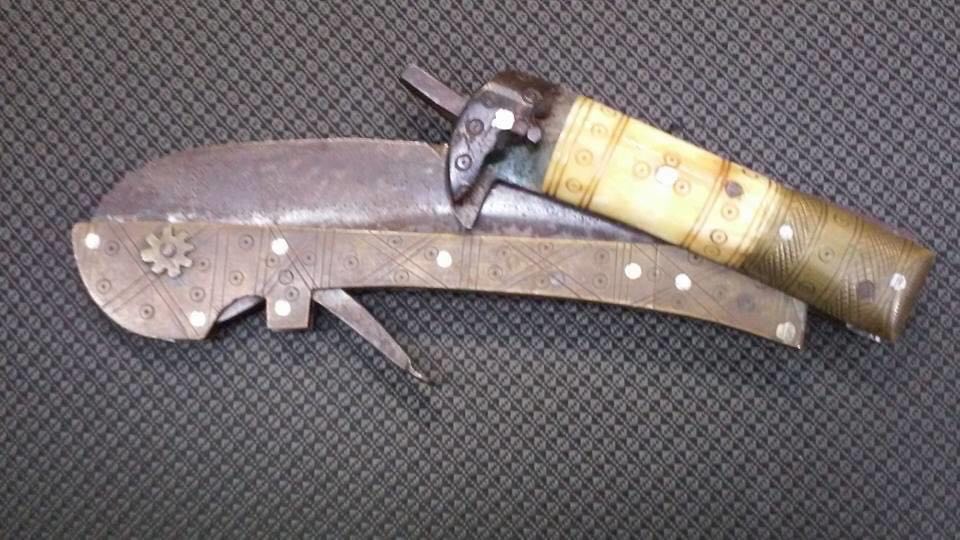 Here is the inspiration "open" and locked. It's pretty crude and very strange. 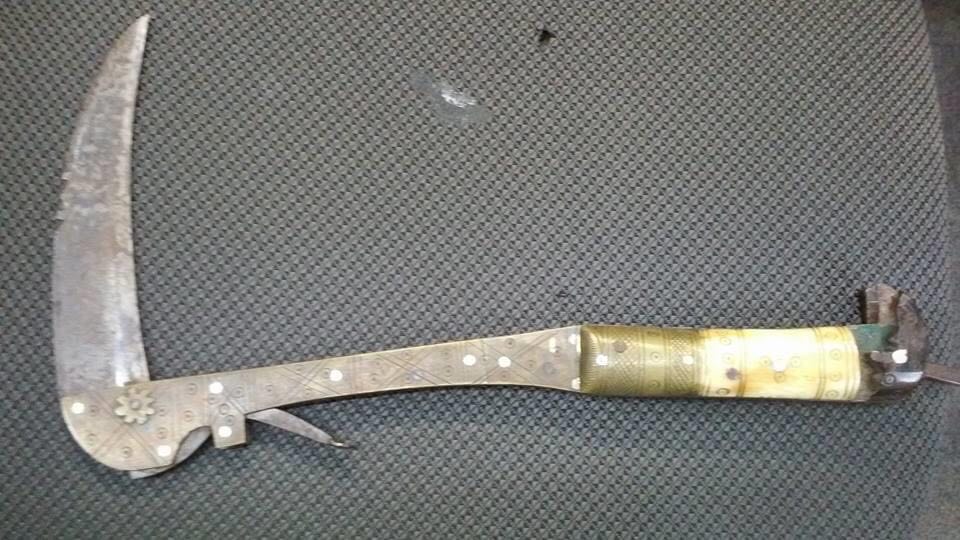 This is my approach (actually version 3, as I started over twice!)

Here is what it looks like closed. I didn't detail the fire mechanism other that to show a fire button and safety. I think it's a lot sleeker than the inspiration and looks more like a switchblade. The handle itself is over an inch wide, so this will be a heavy beast. Note that the picklock for the middle section is the widest part of that section, so that you have something to grab onto.

This is the interim stage where the center section pivots out and locks, and then triggers firing the blade.

This is the trick I came up with (bottom view). It's sort of a reverse liner lock. The flexible part of the center liner is pushed down to place a pin to retain the blade against it's kicker. This is sort of like a pull-ball. The flexible section can't pop up until it hits the notch in the main liner. I show the bottom view activated but the blade is still in locked down position.

Here is the side view of the liner mechanism. The liner lock naturally rests coming out of the screen. It's only when it's bent down with the rest of the center liner that the blade is held down against its own kicker.

Now the second stage happens and the blade comes out 90° and locks. To close; you pick the mid-section and fold the blade in against the kicker and then press down on the liner lock to hold it. As soon as you begin to rotate it the liner lock is held down by the main liners. 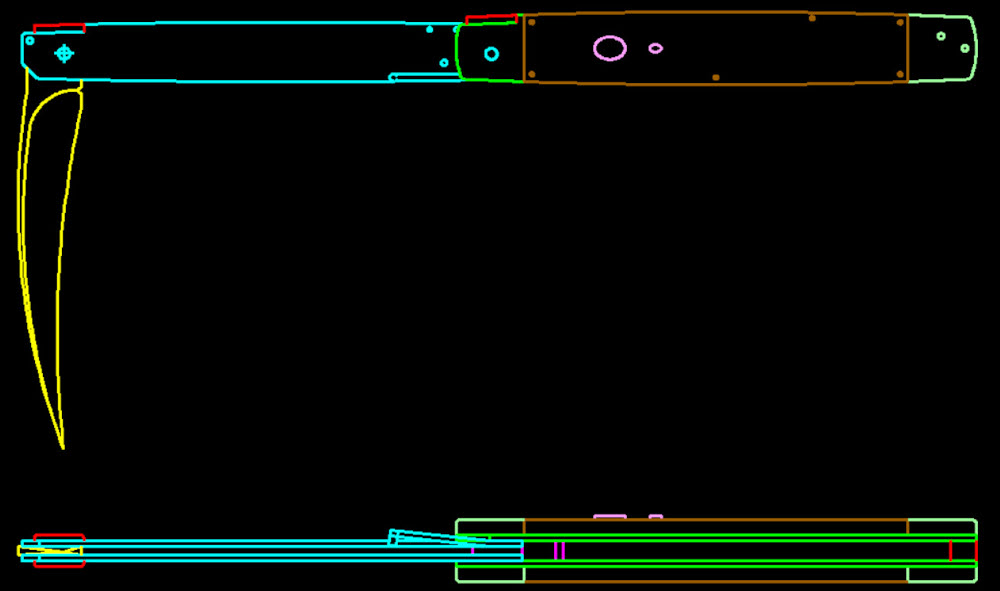 Internal view of closed knife: Many folks have difficuly envisoning a knife from the technical drawing. This one will drive everyone nutso. For now the blue, yellow, and magenta section is locked down against the kicker. The leftmost blue circle is the main sear. When it is fired, everything flips out.

Now that the center section is out and locked the liner lock pops up, freeing the blade to fire. 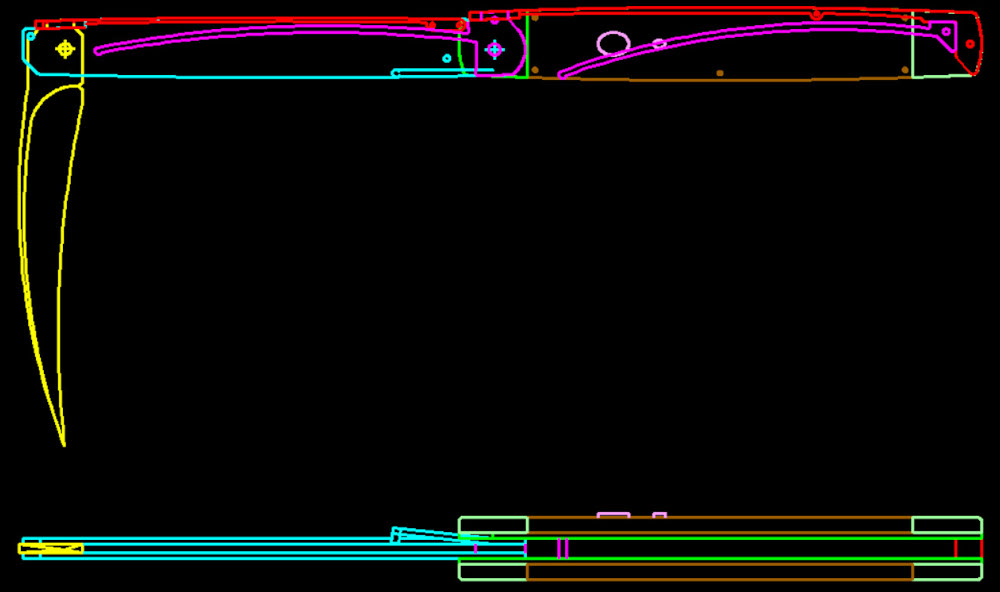 Very interesting old sickle knife, and very clever to work out a functioning switchblade version of it.
Top
Post Reply
3 posts • Page 1 of 1