Here are a few old Talkblade forum knives. The top one is out first Talkblade forum knife which occurred not too long after Talkblade replaced the old SKM forum. It is, of course, in honor of the Imitation Horn Thread which saw a lot of activity once Jerrbear started it. The middle one is a horn scaled Mikov with the "Brotherhood of Blades" etch and some filework. The bottom one is a briarwood from 2004. 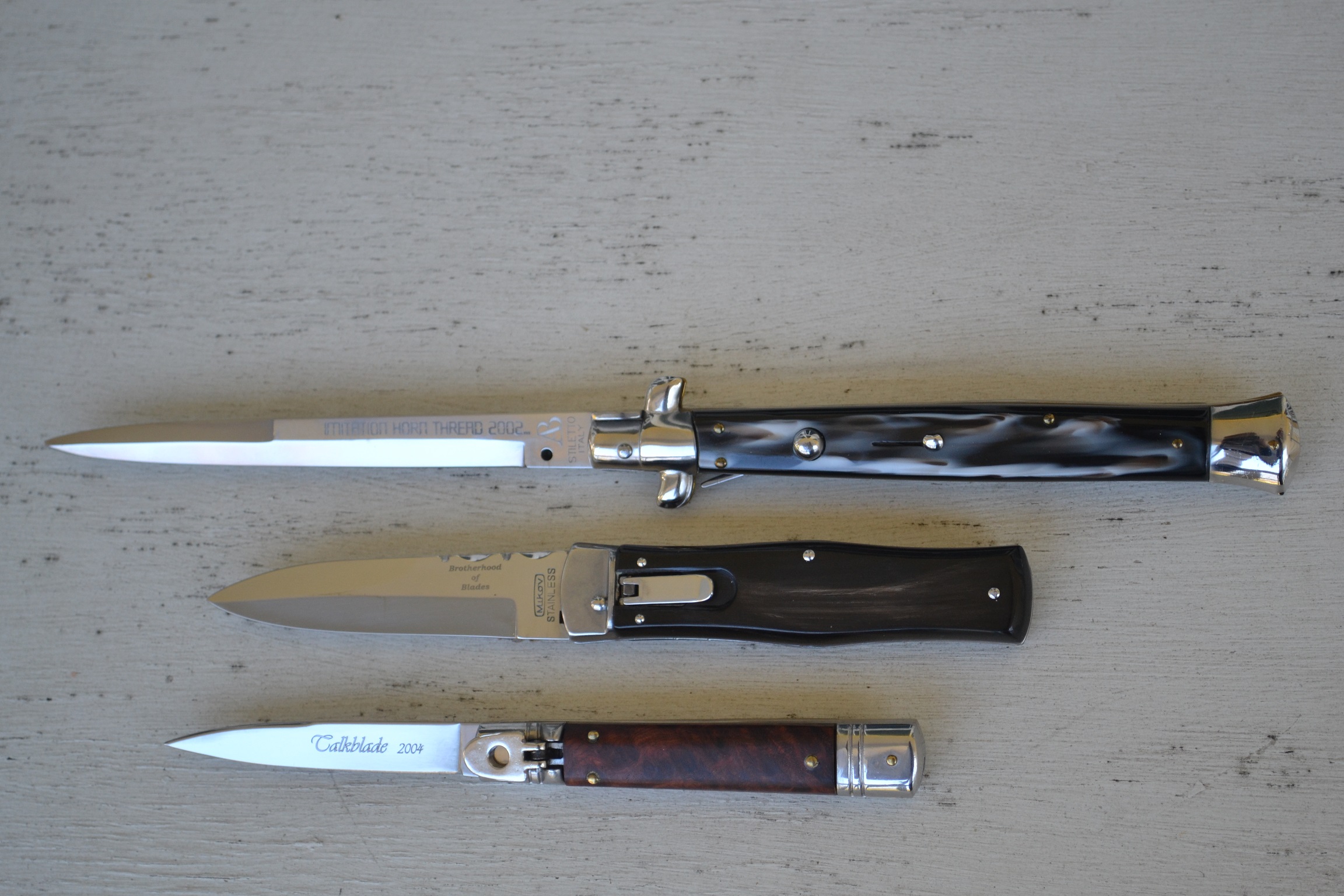 Thanks for the flashback.
Top

Very nice! So, the last TalkBlade knife was 2004, or were there more?

Yes, there were additional forum knives. There was the "Godfather for stiletto collectors" which was a Protech Godfather with the mirror polished blade and horn handles. Natcherly and I worked on it with Protech and thanks to Natcherly I have the prototype. There were some others after that which I don't have.

Here are some others that might qualify as forum knives. I am travelling, so pictures not possible.

I have an 2004 like pictured above that I got from Al and a 2014 briar shellpuller. Both nice briar.
The worst evils which mankind has ever had to endure were inflicted by bad governments.
Ludwig von Mises
Top

Speaking of Al has anyone heard anything about him?
Top
Post Reply
8 posts • Page 1 of 1