Well, Johnny Depp played the Demon Barber "Sweeney Todd"
and ebay was filled with Sweeny Todd straight Razors in about 5 weeks.
You can still find them. . . . Pretty cool. . .a little larger than typical.
I have one. . .and I don't really collect Razors.

Now there is a new Disney Movie called " Cruella "
with is the back story of how Cruella DeVille of "101 Dalmations" had her beginning.

The story is how a Nut-Job Baroness sociopath dress designer
abandons her daughter and drives her insane , Dr Jekyll and Mr Hyde
Estella to Cruella.

The Baroness has a Straight Razor that she "Flicks open" with a cool "Snicket" sound.
YouTube video
https://www.youtube.com/watch?v=V7HTzRVywoM

I wonder if there will be a Cruella Straight Razor with a carved mother of pearl plastic handle. 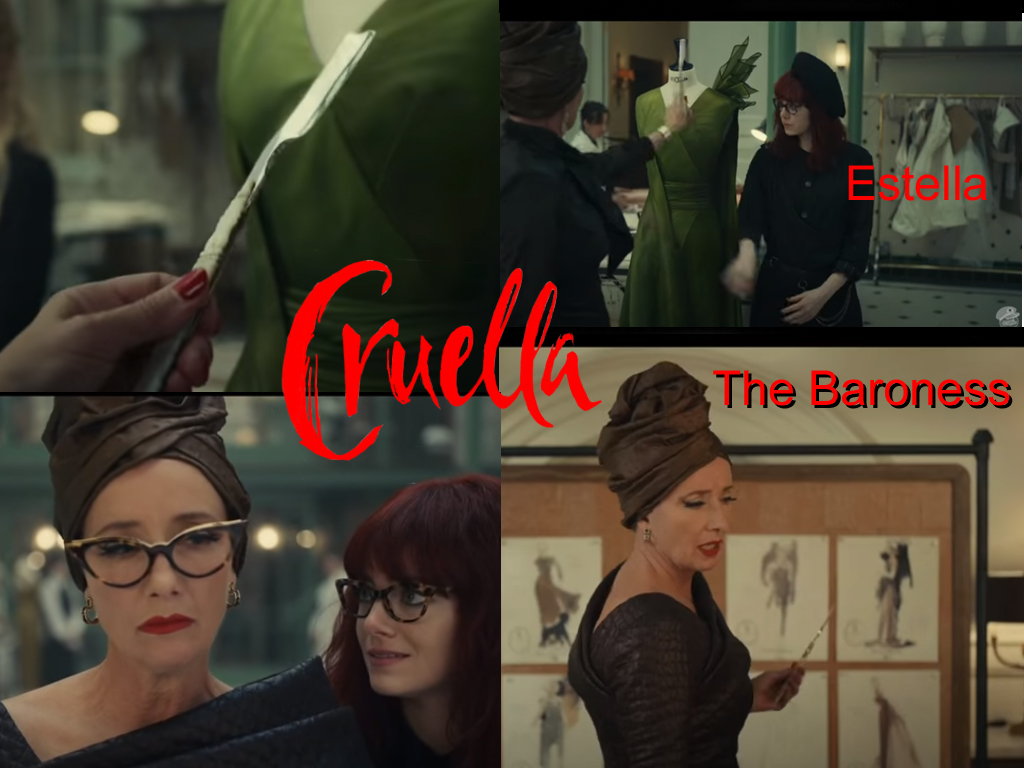 If there's a market for it someone somewhere will make them.
Top

People want to have stuff like their favorite characters had.

Since around Feb I have had three people ask if I could make wood scales with very specific IMOP inlays for a stiletto. When I asked the third person where they were all getting this same idea, he said there was some popular video game where a character had a knife like that. But apparently it is only visible for about 2 seconds (like in 12 Angry Men or The Dark Knight).

There is a pretty cheap Asian knife that I believe is a copy of the knife from the game. Or maybe the game used that Asian knife. 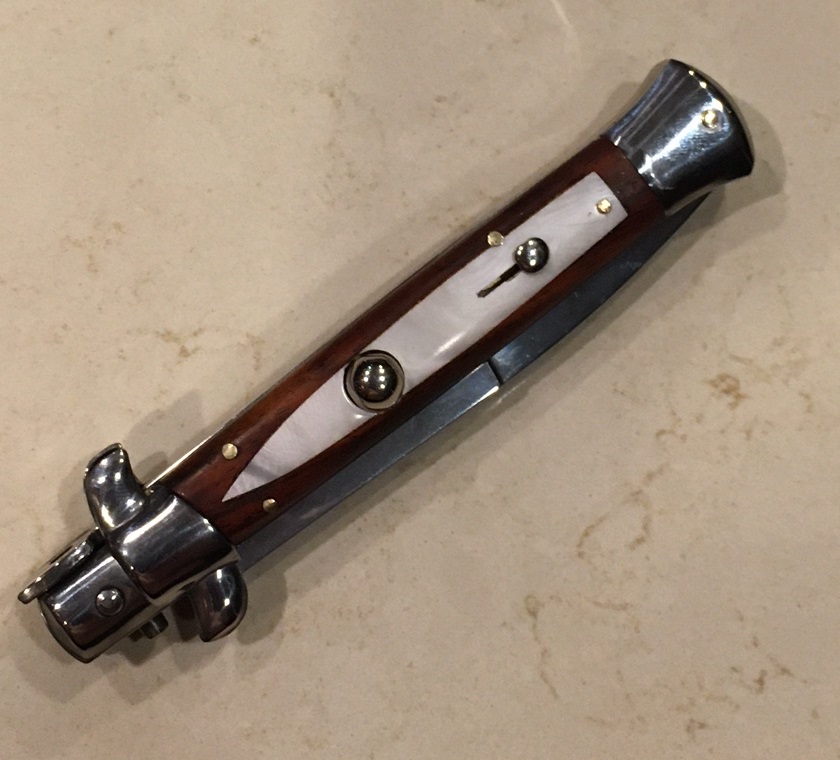 That doesn't look like a cheap asian to me, is that one you made? Looks really good whoever made it!
Top

Nice modification. . . .
I used to inlay green plastic MJ leaves on manual folders, where a button would be.

I have a photo of a 1950's nine inch with a "factory" pearl sheet affixed to a dark horn base.
Actually a pair of knives. . . I can't find it.
The sides of the pearl scale laminate are angled,
so from the top, the white pearl is more narrow than the actual liner width.
It makes the knife seem sleek and narrow. Like a fat girl wearing vertical stripes. . .(sorry fat girls)

Here is Dragon25's 11 inch pearl laminate, it does the same "skinny illusion" . . .
but this camera angle does not show the slimming effect that well.

I'm surprised that actual "Inlays" like yours are not more popular. 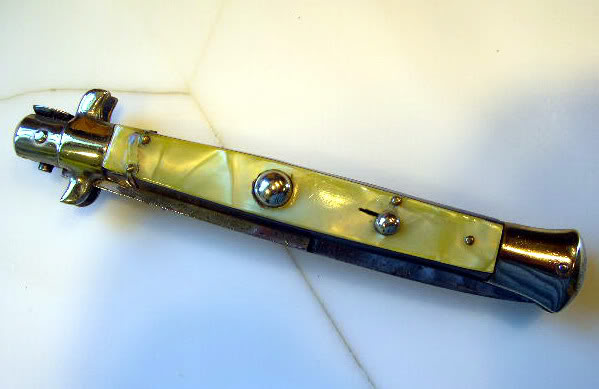 Lol, that one is a FB I made scales for. Here is the cheap Asian knife that was either the knife used in the game or based on the knife from the game. 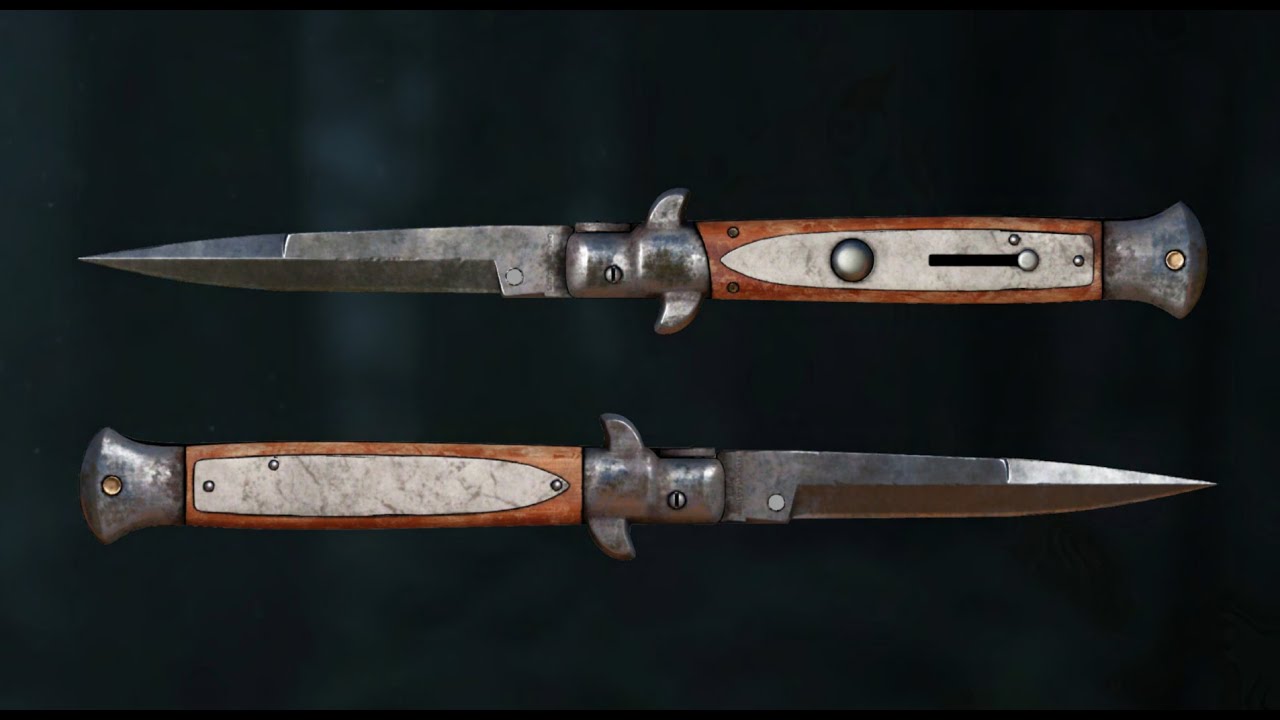 I haven't done a lot of inlays (probably only 4-5 times) but they can look really good.
Top
Post Reply
8 posts • Page 1 of 1