My nephews girlfriend is a hairdresser, and she asked me if i would try to sharpen her oldest pair of shears.
Years ago she had gotten it as a gift from her teacher, all this time had never been sharpened, and as a result it was so blunt that she didn't use it anymore.
Through Google i found that for 120 US dollars these shears seem to have a good price to quality ratio, so i thought that an attempt at sharpening might be worth it.

The edges were really quite bad, and as i had never done convex shears before i first had to think up a sharpening/polishing protocol that might work.
In the end i settled on 1000 grit SiC paper used with WD40 oil on glass, 15 micron diamond paste on the back of a narrow strip of SiC paper on glass, followed by 6 micron and 1 micron used the same way.
The hone line was repolished using only 1.0 micron diamond paste.

Just reassembled the shears again and the edges seem to work as they should, effortlessly cutting hair all the way to the point, but the real proof of the pudding is of course what the owner will think of it.
Will report back if i know more... 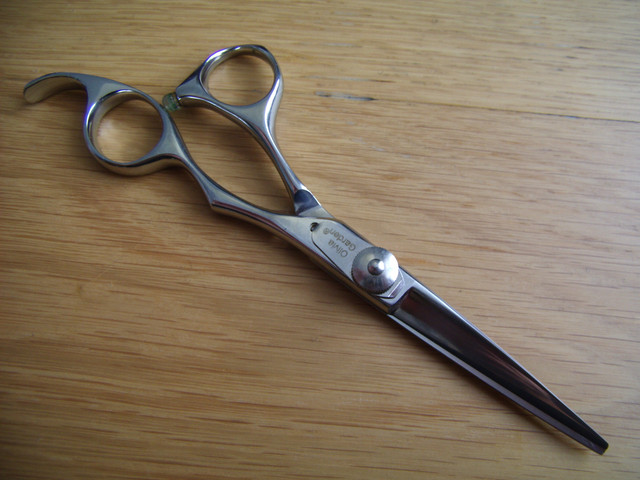 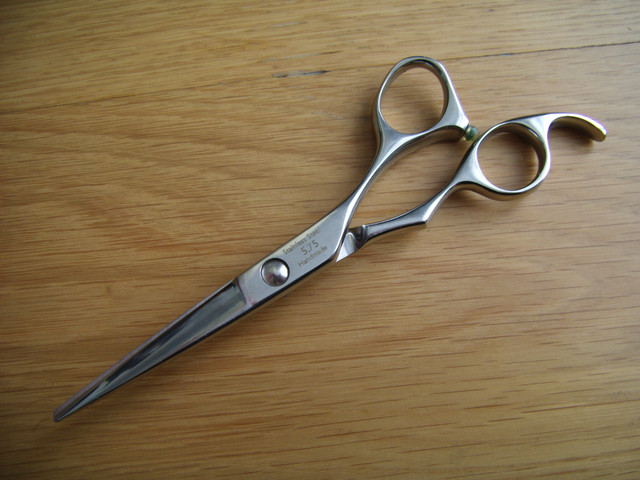 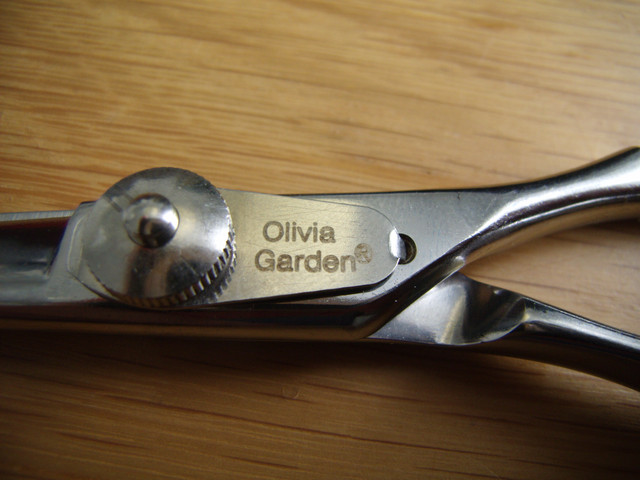 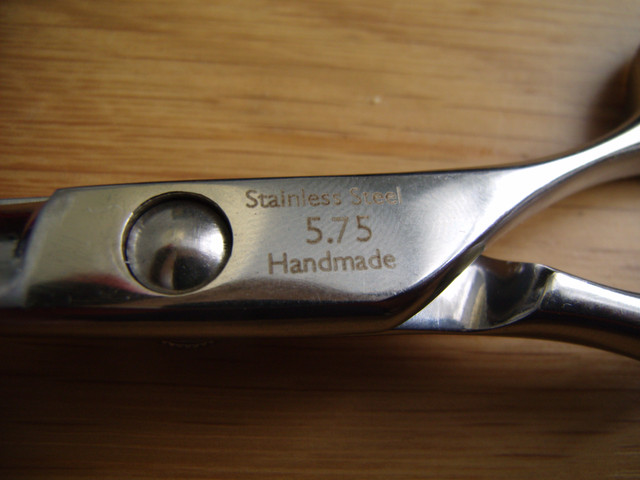 I can manage those small embroidery scizzors that are 2 inches long.
But a bigger sciz blade always foiled me.

Have never even tried to sharpen scissors. I might have to watch some videos and give it a try.
“When tyranny becomes law rebellion becomes duty”
Top

Sharpening standard household scissors and even dressmaker shears isn't that difficult, i've been doing that for almost 20 years now.
If you're planning to do a lot of them a Tormek wet sharpener & scissors jig SVX-150 plus a little bit of practice are all you need to get very good results.
For home use a standard Spyderco sharpmaker will do just fine most of the time (it will create a microbevel), unless a lot of metal needs to be removed.

But hairdresser shears and especially the convex ones are an entirely different thing.
Until this one i had zero experience with them, but i sharpen quite a lot of convex knives, machetes (and sometimes even swords), and the combined experience really came in handy.
The owner still has to collect & try out her shears btw.
Top

Got word from the owner, and she said that the shears are very sharp and they perform very well.
So far so good, now we wait and see how long these new edges will last in her use.
Top

Last week the owner of the scissors (17-years old) dropped by my house with my nephew for a cup of tea, and informed me that she is still using them every working day.
According to her they're still very sharp and perfectly usable.

This seems to imply that my sharpening/polishing method is working, both for initial keenness and edge longevity.
Next i need to improve a bit in the speed department, while trying to maintain edge quality.
Top
Post Reply
6 posts • Page 1 of 1