Use this area for any discussion on sporting knives in general, but also hunting, fishing, diving, and similar.

Forum rules
There are a few things you should know before posting in these forums. If you are a new user, please click here and read carefully. Thanks a lot!
Post Reply
11 posts • Page 1 of 1

I got this from a friend today - a Puma 6377 White Hunter. It’s never been used, spent all its time in the box. It’s stamped 96083 so it was made in July 1968 (see chart). It had the Puma guarantee paper, a White Hunter knife ad, and an ad for the Puma Plainsman knife in the box. 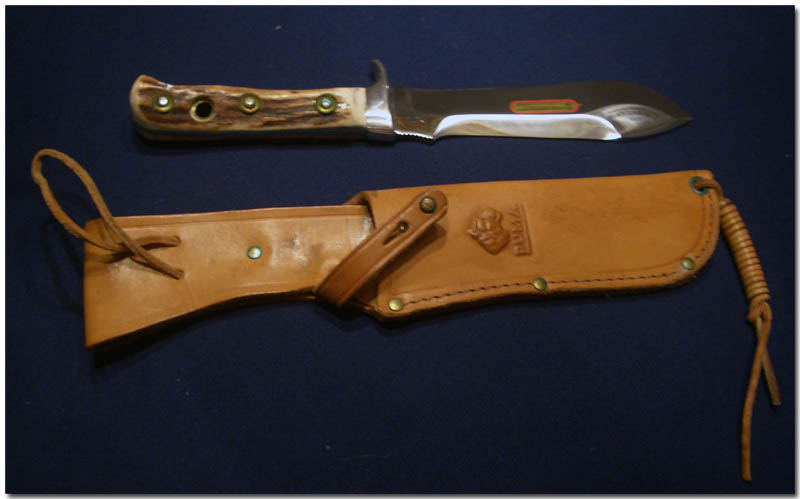 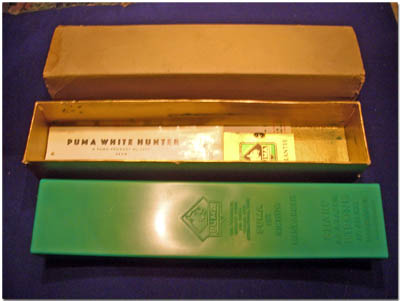 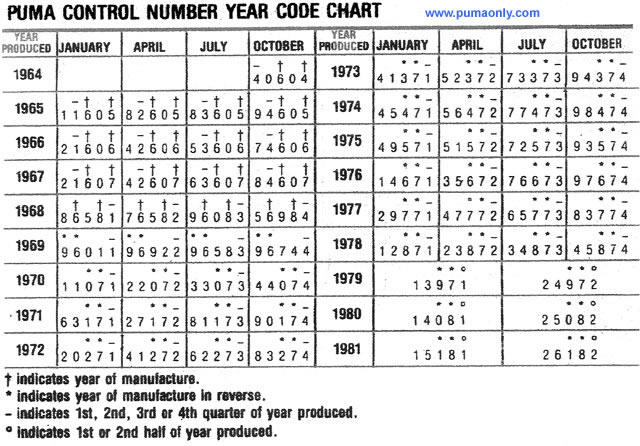 Nice blade. Now thats a keeper.
Never trust the weird looking little dog ~ or anyone else for that matter.
Top

looks like a small waidblatt
if everyone likes you, then you are most likely a coward who is too afraid to take a firm position on anything worthwhile
Top

nice looking knife. i would like to know where you found the source for the dates and time stamps that the knives were made, i have soom of my own. thanks
Top

I'll guesstimate that means the 1st half of 83

One of my all-time favorite knives....just have not bought mine yet

I do however have a mint 1969 Plainsman.

And Vagrant,the 70's and 80's were great years for Puma. It seemed the stag was always premium stuff.
Top

I also have a White Hunter that belonged to a college friend,( now deceased), in the mid to late 1960's. I don't see the number on your chart.
It is 65840. Any ideas about it's manufacture date? I has been used, but is in great condition.
Top

This is an old thread but I'll throw in another reply.
My cousin bought a new White Hunter in or around 72/73 and paid about 30 bucks for it.
Ahh the good ole days.
Top

A Puma White Hunter was the first thing I bought myself with my first paycheck in November 1964. I had it as a trusty companion for fifty years and then I lost it while repairing a fuel line under my car. Of course when I returned to find it, it was gone. I was lucky to get a replacement for a hundred bucks that same year 2015. The now sell for $845 new... and I just saw one online for over $1400. I have never had to sharpen either knife and the one I have now is razor sharp.
Top
Post Reply
11 posts • Page 1 of 1