Forum rules
There are a few things you should know before posting in these forums. If you are a new user, please click here and read carefully. Thanks a lot!
Post Reply
5 posts • Page 1 of 1

Hello all, I recently obtained this dagger and was hoping to learn something about its origin and age. Both dagger and sheath seem well made, and have some serious age to them. All opinions, info, and comments are welcome.
Jim 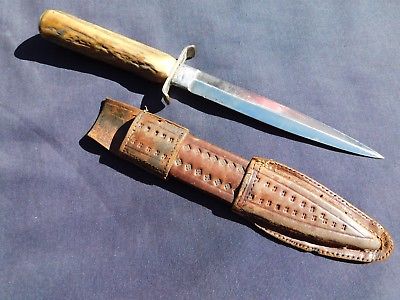 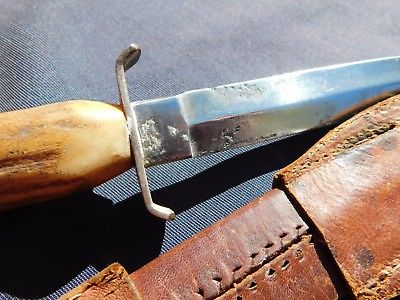 Jim
Lovely double edged fighting blade reminiscent of a ww2 commando dagger but could be much earlier.aa
I am leaning towards German but many Commando officers purchased their own fighting knives from outfitters during ww2 and they had stag handles as the concentric rings on 3rd pattern FS knives caused roll and slip when wet with blood.

Without a makers mark I'm afraid its a bit up in the air until you bump into another owner of one who has found a definite ID.

I absolutely love that sheath that its in ,its a great looking set .
For all I know it could have been a marriage put together using a bootknife guard an FS blade and
Stag handle and had the sheath made in India during the war but i really like it Jim.

Leave it with me and I'll Try and pin it down.

Thanks for sharing it here ,I like the swords and daggers section lit up with new finds.

Thanks Ian. Here is a pic of the pommel, just in case that might help you.

Any logo or manufacturer information on ricasso is obliterated by pitting, so no help there.

An interesting knife in any event, but I always like to know as much as I can about my toys.

The scabbard appears to have not had a belt attachment, but it may have been removed in its previous life. 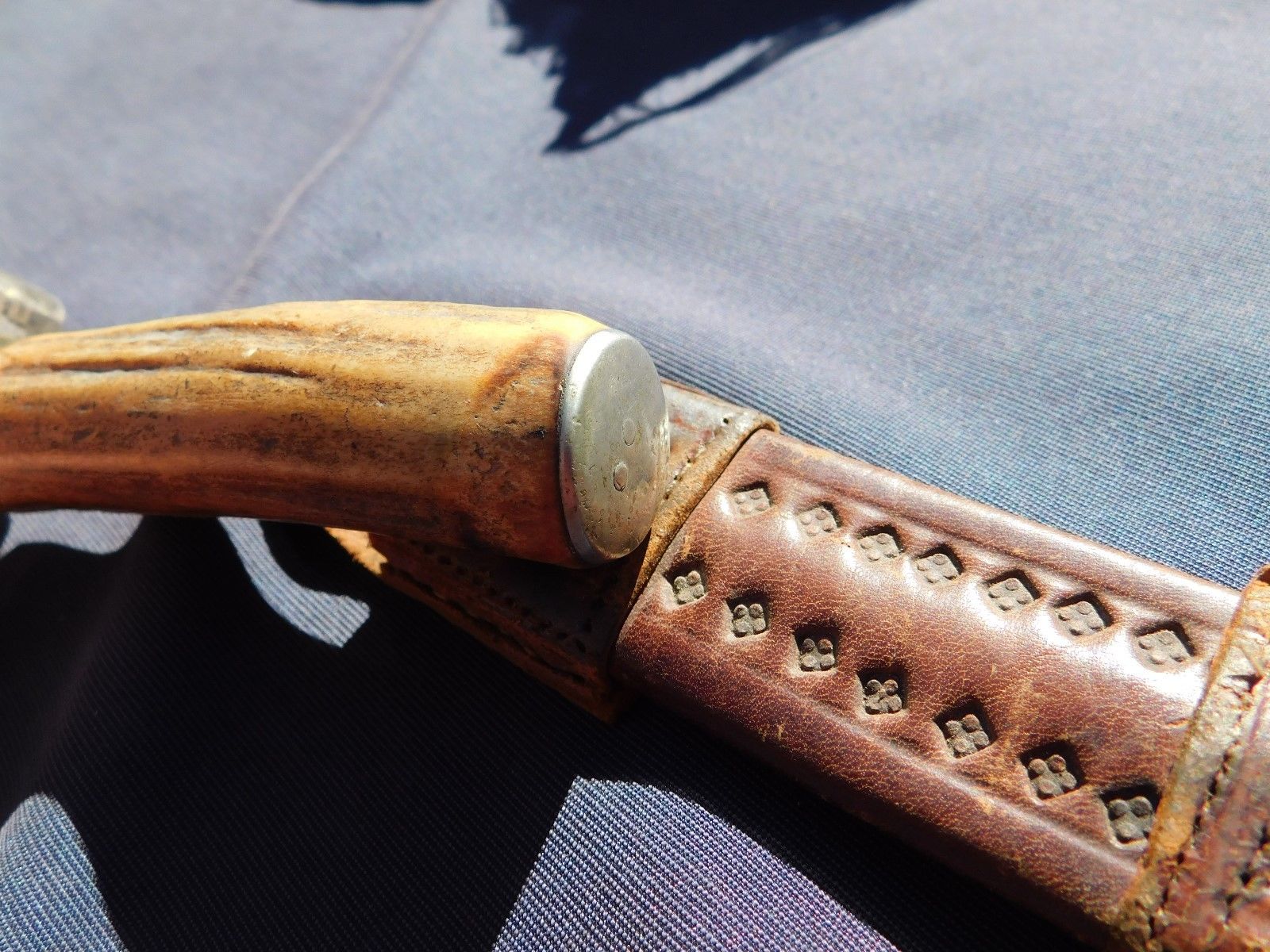 Here are a couple of private purchase Fairbairn Sykes stag handles .
I am leaning towards your knife being a german hunting knife or ww1 trench knife example with the nickle silver pommel cap but its that guard thats throwing me off .It looks more of a modern gerber shaped fighting knife guard,but it could have been used for years for all I know
Its just a bit different than both English and German older knives that spring to my mind.

Cool fighting knife though and like i said i love that tooled leather sheath.

Heres something to compare to for now . 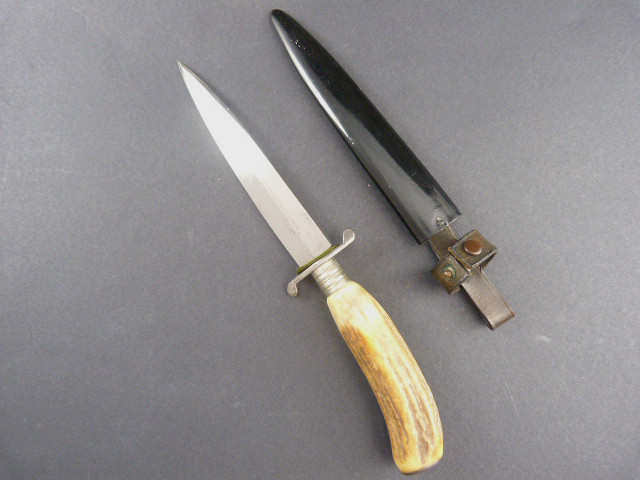 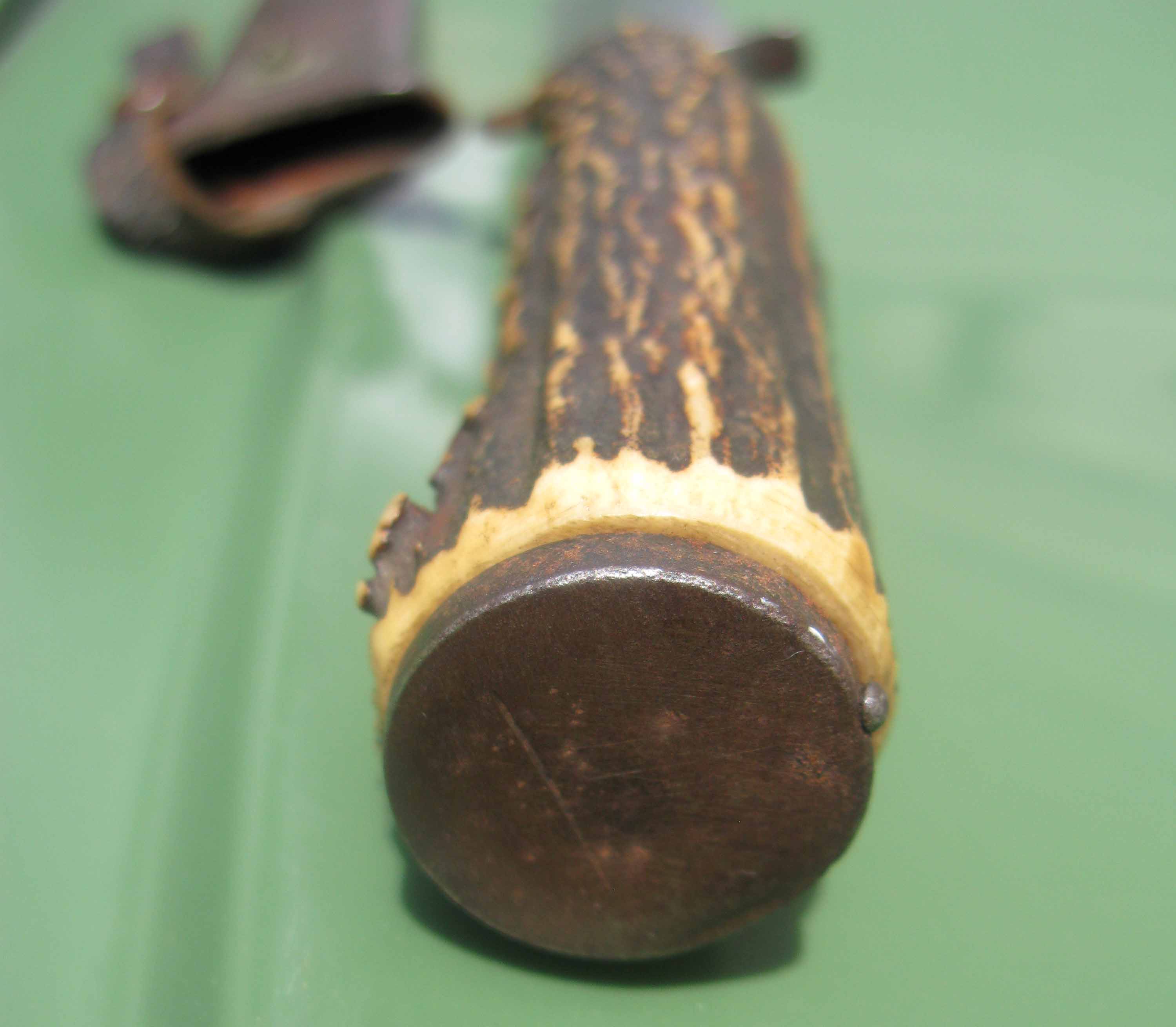 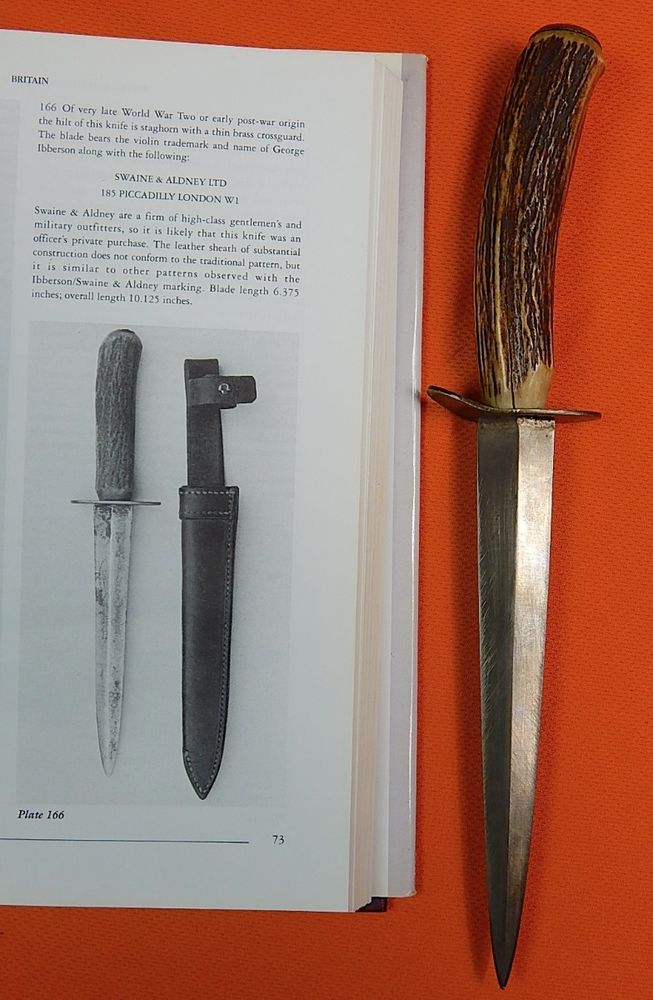 Thanks Ian. I guess this one will remain an interesting mystery. None the less, it is a cool knife and a nice addition.
Jim
Top
Post Reply
5 posts • Page 1 of 1