Forum rules
There are a few things you should know before posting in these forums. If you are a new user, please click here and read carefully. Thanks a lot!
Post Reply
7 posts • Page 1 of 1 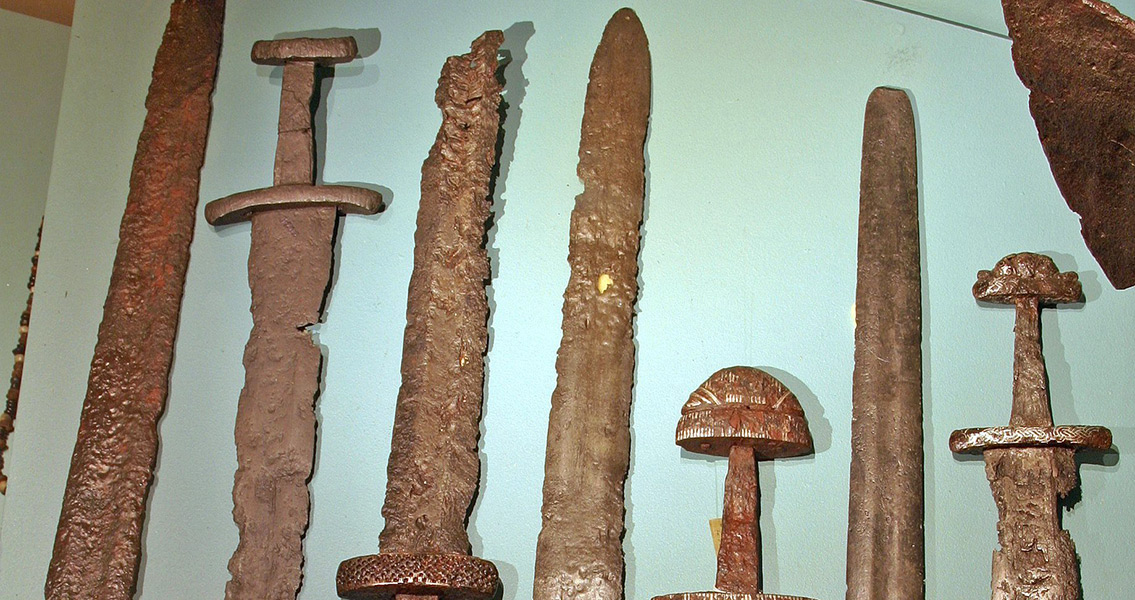 Great article on the Vikings Dave, thanks for posting it!
We have all 4 seasons of the Vikings on dvd, just waiting for #5 to come out on ebay.
Polish a knife, cook a pig, drink several beers
Top

I love the Viking swords and some were very high quality folded steel and iron.
Have you read about the battle of Stamford bridge?
I love the part about the Viking beserker halting the Saxons advance.

gravknife wrote:Have you read about the battle of Stamford bridge?

Yes Ian I have read several stories about that battle and England gave the Vikings a right proper shellacking.
300 ships came to the shore and only twenty some odd ships went back to Norway.


tequiza wrote:We have all 4 seasons of the Vikings on dvd

Pete I have not watched any of that series but would like to find it on ebay as you said.
My girlfriend brought home two DVD's a few weeks back, one was Valhalla Rising and a tv series called Barbarians.
A 4-part documentary about the Vikings, Goths, Mongols, and Huns and it was awesome, I watched it twice it was so good.
If you haven't seen Valhalla Rising it's a must see movie, very surreal and beautifully filmed in Scotland and I really like the main actor Mads Mikkelsen a Danish actor that also played the bad guy in Casino Royale (007).

Dave, you should be able to find seasons 1-4 on ebay, well worth watching! they kicked ass for over 350 years.
I have the DVD Barbarians rising and it is for sure one hell of an awesome movie! I don't have Valhalla rising yet, but i'll look for it next time I go to wallyworld.

I just found out the mini series "Barbarians" actually had two parts- Season I (2004) Goths, Vikings, Mongols and Huns.
Season II (2007) featured the Vandals, Saxons, Franks and the Lombards.
I haven't seen the second season series yet but found them on YouTube

That hilt shown on the far right looks to have had something engraved in the center depression. Like maybe it is an Ulfberht which were exceptional swords.