“I’d like to consider Ferrari as a scaled down version of God.”


[On the Porsche Boxster]

“It couldn’t pull a greased stick out of a pig’s bottom.”


[When driving the Mercedes SLR McLaren through a tunnel]

“When they debate as to what the sound of the SLR engine was akin to, the British engineers from McLaren said it sounded like a Spitfire.
But the German engineers from Mercedes said ‘Nein! Nein! Sounds like a Messerschmitt!’

They were both wrong. It sounds like the God of Thunder, gargling with nails.”


“I’m sorry, but having an Aston Martin DB9 on the drive and not driving it is a bit like having Keira Knightly in your bed and sleeping on the couch.
If you’ve got even half a scrotum it’s not going to happen.”


“Speed has never killed anyone, suddenly becoming stationary… that’s what gets you.”


“Koenigsegg are saying that the CCX is more comfortable.

More comfortable than what… being stabbed?”

“God may have created the world in six days, but while he was resting on the seventh, Beelzebub popped up and did this place.”


“Owning a TVR in the past was like owning a bear. I mean it was great, until it pulled your head off, which it would.”

“I think the problem is that it’s French. It’s a surrendermonkey.”


[On the Enzo Ferrari]

“I rang up Jay Kay, who’s got one, and said: “Can we borrow yours?” and he said, “Yeah, if I can borrow your daughter, because it amounts to the same thing.”


[On the Porsche Cayenne]


“The air conditioning in Lamborghinis used to be an asthmatic sitting in the dashboard blowing at you through a straw.”

“Whenever I’m suffering from insomnia, I just look at a picture of a Toyota Camry and I’m straight off.”

“If you were to buy a BMW 6-series, I recommend you select reverse when leaving friends’ houses so they don’t see its backside.”


“That [Pagani] Zonda, really! It’s like a lion in orange dungarees. Kind of fierce, but ridiculous all at the same time.”


[On a Chevrolet Corvette]

“The Americans lecture the world on democracy and then won’t let me turn the traction control off!”


[On the Alfa Romeo Brera]

“Think of it as Angelina Jolie. You’ve heard she’s mad and eats nothing but wallpaper paste.

But you would, wouldn’t you?”


“A turbo: exhaust gasses go into the turbocharger and spin it, witchcraft happens and you go faster.”


“This is a Renault Espace, probably the best of the people carriers. Not that that’s much to shout about. That’s like saying ‘Oh good, I’ve got syphilis, the best of the sexually transmitted diseases!’”


“In the olden days I always got the impression that TVR built a car, put it on sale, and then found out how it handled – usually when one of their customers wrote to the factory complaining about how dead he was.”


“I’d rather go to work on my hands and knees than drive there in a Ford Galaxy. Whoever designed the Ford Galaxy upholstery had a cauliflower fixation. I would rather have a vasectomy than buy a Ford Galaxy.”


“Usually, a Range Rover would be beaten away from the lights by a diesel powered wheelbarrow.”


“Racing cars which have been converted for road use never really work. It’s like making a hard core adult film, and then editing it so that it can be shown in British hotels.

You’d just end up with a sort of half hour close up of some bloke’s sweaty face.”

I wonder what this dude has to say about ZF gearboxes?

Somebody post a link to the Youtube video 'Someone Stole Hitler's Car' since mine never seem to work.
I walked a mile in my enemy's shoes.... And then I stole his shoes.
Top 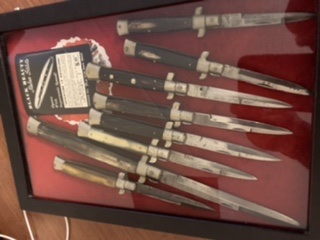 
http://www.youtube.com/watch?v=2hegtZ_kS6M
I am the KING of LATAMA collectors HAHAHAHAHAHAHA {EVIL LAUGH}
Top

Thanks, Redeye. I hope you found it entertaining. I laughed my butt off the first time I saw it.
I walked a mile in my enemy's shoes.... And then I stole his shoes.
Top

yeah they use that same clip for like a go-zillion differant situations with ole Adolph as the so called star lol he was a douche I hope somebody did steal his damn car and wreck it into the front of gestapo headquarters and help kernal Hogan and the gang escape from stalag 13 oh crap did all that just come out and get typed into the post? I wonder if anybody else can see this lo Ill just wait and see hahahahahahahahahaahaha {evil laff}
I am the KING of LATAMA collectors HAHAHAHAHAHAHA {EVIL LAUGH}
Top

Yeah, the clip is from a movie called Downfall. I have a copy that I bought just because of all the youtube sampling. It's quite a good movie actually. It's a great companion to Trevor Roper's The Last Days Of Hitler. It also stays away from the personification of Eva Braun as evil, and portrays her more realisitcally as the Co-dependent manic bint she was.
I walked a mile in my enemy's shoes.... And then I stole his shoes.
Top
Post Reply
6 posts • Page 1 of 1